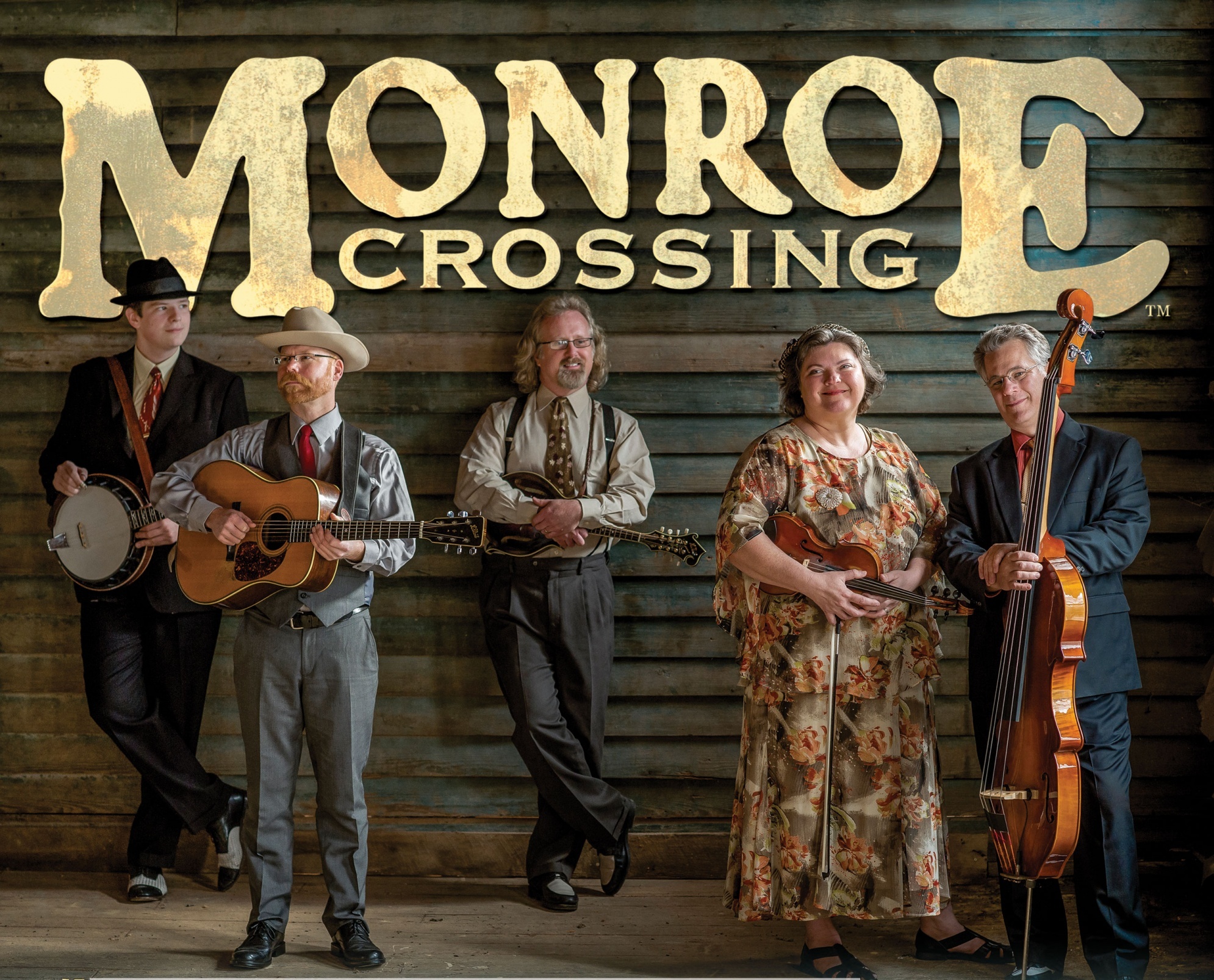 Named in honor of Bill Monroe, “The Father of Bluegrass Music,” Monroe Crossing dazzles audiences with an electrifying blend of classic bluegrass, bluegrass gospel, original bluegrass and even selections outside the bluegrass genre. Their superb musicianship and on-stage rapport have entertained audiences across the United States, Canada and Europe. For nearly 20 years this Minnesota based band has averaged over 100 shows a year performing in intimate rooms, community theaters, major venues and outdoor festivals.! In 2007, Monroe Crossing was inducted into the Minnesota Music Hall of Fame. They have twice been selected to showcase at the annual World of Bluegrass convention hosted by the International Bluegrass Music Association. They have appeared twice at Carnegie Hall in New York City. In 2016, they were the first Minnesota bluegrass band to perform in South  Korea. They are favorites among bluegrass connoisseurs and non-bluegrass audiences alike. They love introducing newcomers to bluegrass music!

We use cookies on our website to give you the most relevant experience by remembering your preferences and repeat visits. By clicking “Accept”, you consent to the use of ALL the cookies.
We will not sell your personal information.
Cookie settingsACCEPT
Manage consent

This website uses cookies to improve your experience while you navigate through the website. Out of these, the cookies that are categorized as necessary are stored on your browser as they are essential for the working of basic functionalities of the website. We also use third-party cookies that help us analyze and understand how you use this website. These cookies will be stored in your browser only with your consent. You also have the option to opt-out of these cookies. But opting out of some of these cookies may affect your browsing experience.
Necessary Always Enabled
Necessary cookies are absolutely essential for the website to function properly. These cookies ensure basic functionalities and security features of the website, anonymously.
Functional
Functional cookies help to perform certain functionalities like sharing the content of the website on social media platforms, collect feedbacks, and other third-party features.
Performance
Performance cookies are used to understand and analyze the key performance indexes of the website which helps in delivering a better user experience for the visitors.
Analytics
Analytical cookies are used to understand how visitors interact with the website. These cookies help provide information on metrics the number of visitors, bounce rate, traffic source, etc.
Advertisement
Advertisement cookies are used to provide visitors with relevant ads and marketing campaigns. These cookies track visitors across websites and collect information to provide customized ads.
Others
Other uncategorized cookies are those that are being analyzed and have not been classified into a category as yet.
SAVE & ACCEPT
Skip to content